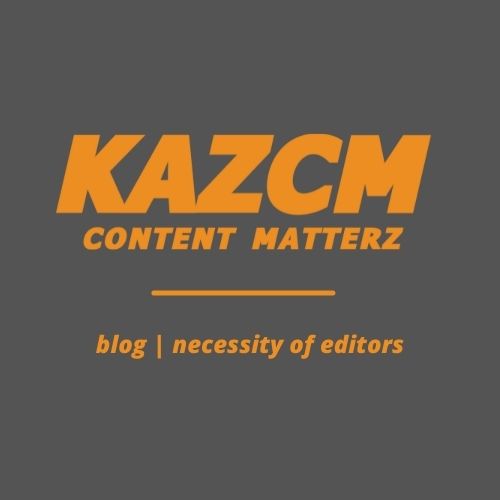 The Necessity of Editors

This “necessity of editors” piece came to be after much back and forth with my own editor, Caroline Ailanthus.

When I first started having my articles edited, I was deeply offended. I felt like I was back in school, just as defensive as teenage-me often was. And then I saw it—editors are a necessity!

I suppose the trauma of being yelled at and screamed at by teachers in middle school made me wary, even into adulthood. It would be much easier to restrict my writing to email only and not risk being told everything I do is wrong. But, as it turns out, some of those yelling teachers were alcoholics (true story) who were abusive and angry. The teachers’ behavior was a “them problem.” We students were merely the easy targets. So we can’t allow past abuse to stop us from writing or from speaking up.

That’s why I write. And that’s why I hired an editor to help me write better.

I quickly came to value my relationship with my editor more than I ever thought possible. And the wild thing is, she tells me what I do wrong. It was quite uncomfortable for a time. But now I look for criticism and the opportunity to learn. I’m like, tell me how bad it is. Tell me where I messed up. And I’ll say this when she compliments a piece, it matters that much more.

Now at our company, we help others write—both employees and our clients. And it’s not uncommon to see those we’re working with get offended by the editor’s critique. And I am always like “oh we got them right where we want them. It’s stage one of editing grief!”

Eventually, they come around to it. Although sometimes they don’t. And that’s okay. I will fully admit, having your writings critiqued, changed, and edited by someone else is not the most comfortable thing. But creating content wasn’t meant to be comfortable. As they say, “you don’t grow when you’re comfortable, you grow when you’re uncomfortable.” And that line works in content creation and especially writing.

The path to better content starts with being honest with yourself, exploring feedback, discovering ways to get better, and then taking the step. Because you can’t edit a piece forever. Eventually, you and the editor need to, as Seth Godin says, “ship it.“

In the meantime, write. And eventually, have that writing edited. It’s worth it. I promise.

We write a lot. Here’s more of our writings.