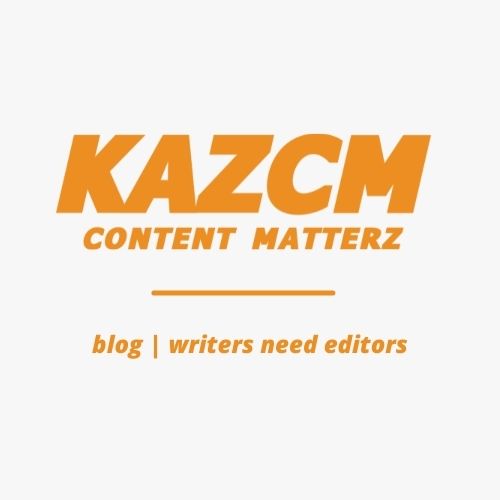 If you are a writer, you need an editor.

You may be right. There are plenty of proudly editor-less writers who aren’t, people who overestimate their ability, who confuse idiosyncrasy with style, who complain that readers who don’t understand the work are simply deficient in understanding. But there are also plenty of writers who really do a pretty good job on their own. You might be one of them. I’m not saying you aren’t.

I suspect most people think editing basically means proofreading, that is, finding and fixing mistakes in spelling, punctuation, grammar, and formatting. Such fixes are mostly unambiguous since they involve the application of clear and consistent rules. Any competent editor will apply these fixes in more or less the same way. Unless the text is so twisted that the writer’s intent is not clear, the editor can receive the text, work on it, and not talk to the writer again until the editing’s done.

No relationship between writer and editor is necessary. Nothing remarkable happens. Polishing a document is rather like polishing a car, and indeed some writers say “I’m going to have my book edited” in much the same  way they might say “I’m going to get my car detailed.”

But you can polish a car all day and all night, and if the timing belt’s missing you’re still not going anywhere.

There are other forms of editing besides proofreading. They go beyond getting the document presentable and instead focus on making sure the document works—all the pieces are in place, in good repair, and attached to each other properly. These forms have names such as line editing and developmental editing. When working on a book, it’s important to know which is which so the writer and editor can be clear with each other about what the writer really needs done.

For short articles, all the forms of editing are likely to bleed together, and the editor may even do a certain amount of rewriting (if the writer is OK with that). The point is that with the exception of proofreading, editing is almost as much a matter of judgment as writing is, and no two editors are going to do it exactly alike. The editor may need to talk with the writer, to engage in some back-and-forth. The process becomes collaborative. It’s teamwork. And it makes documents move that previously just sat there.

Proofreading one’s own work is harder since writers tend not to see their own mistakes clearly, but it’s possible. Sometimes it’s necessary. Hiring an editor for every little piece is seldom practical. Self-editing beyond proofreading is also possible, but only to a point. A good proof-reader can self-proof-read at a professional level, with a little extra care and effort, but although all writers have to do some of their own editing and revisions before calling in someone else, and many must do without an editor for practical reasons, there is no substitute for having a second mind on the project.

If you’re a talented and experienced writer, you can, all by yourself, turn out content that’s pretty good. Good enough to get published, anyway. But your work will only be good. It will not be great.

Editing, at its best, is about getting out of your assumptions, your habits, your self-indulgences. It’s about escaping the prison of your comfort zone. Once you’ve been shown that which you could not previously see, your abilities and possibilities expand—and stay expanded forever.

And no one can do that alone.

Ready for an editor? Let’s talk. (because as they say, writers need editors)